With the dust starting to settle on the carcass of the local elections, and with a number of South Tyneside Labour Councillors now seeking more standard employment, things can now return to “normal”.

It seems pointless going over the results at this late stage, the link below gives you all the information you need.

In hindsight, April was quite a month. I estimate that I delivered 30,000+ leaflets and knocked on 2000+ doors for the South Tyneside Alliance. On the day of the election I canvassed in 6 Wards, attended the postal voting opening and verification sessions, and finally arrived home after the count at 3.30 a.m. on Friday morning. The rest of the day was spent at work and the evening was devoted to a social night celebrating the Alliances successes the day before. Back to work again on Saturday, with today being the first day I have had free to start posting again. Whilst I can pat my own back and congratulate myself on being part of the victory, if a table were compiled to reflect who did the most work, I would be mid league, the equivalent of “Blackburn Rovers”. Other people worked far harder than me, and that was the reason behind the Independent Alliance’s success – they took to the streets and put politics back into the hands of the people of this Borough.

So what of the future, both for this site and the Borough’s political make up?

Posts on this site before the elections were averaging at about 4 per day. This wont be repeated for the following reason:

The South Tyneside Alliance made serious progress in this year’s elections. As a result of this success, 18 candidates will be standing at the next elections in 2010, with an overall majority highly probable. I intend to work very closely with them over this two year period, and spare time will therefore be in short supply (campaigning in some areas will actually start in June!). The site will therefore concentrate solely on the Borough of South Tyneside. Posts will be frequent, but will only concern local political matters.

There are also many outstanding issues which need to be addressed. Certain concerns were put on hold over the campaign period, some of which have great ramifications re the issue of who actually runs this Borough. For example, some one, some where, is going to have a whopping great incinerator built on their door step!

These issues and others will be returned to in earnest now that the election is over.

There is also the small matter of the South Tyneside Democracy Forum which was launched prior to the election. A website is under construction, and I shall report on their activities via The Northern Herald. The Forum has a rapidly growing membership, drawing support from all walks of life and political persuasions. Five major projects are in the pipeline, all of which directly relate to the Borough. Information on the Forums plans will be outlined here at the end of the week.

May 1st 2008 was a defining day for South Tyneside. Finally the Labour stronghold over the Borough is collapsing. No longer will council meetings be run like private clubs, and no longer will the public be ignored.

To quote Bob Dylan “The Times They are a’ Changin”

Could this prove to be Armegedon for Labour? 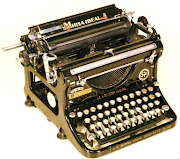 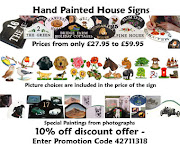